Where was Mary Grand Final Day 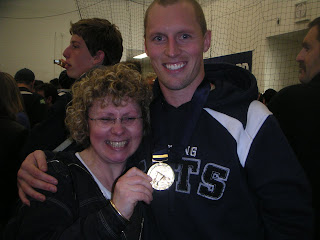 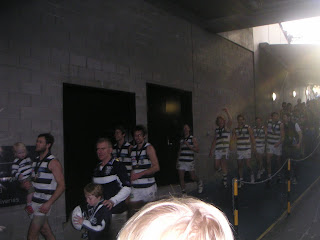 yes I acted like a groupie in the players race. 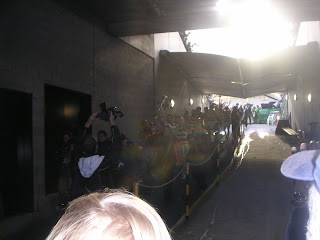 yes thats the premiership cup, fresh from the ground. 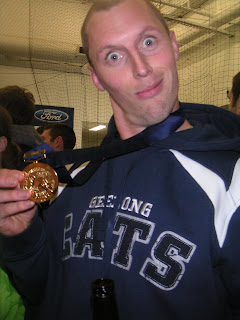 and yes, how proud can a mother be.
James played a brilliant game on Saturday in a very sweaty armpit day , I wasnt sure if i was going to be sick or faint towards the end of the match.

I just thought I would share these photos with you as this is another part of my life away from the shop.
I am just kicking myself now that i didnt have a quilt with the shops name he could have drapped over himself it would have been good advertising.

Cheers from an exhausted Mary
Posted by The Drapers of Mt Macedon at 2:50 PM