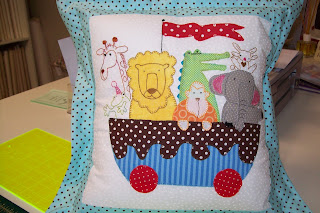 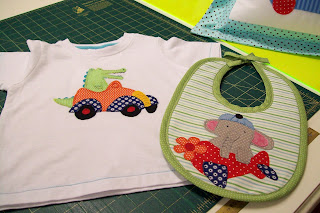 along with the T-shirt and Bib. The crocodile, elephant and Mr Chips appear as patterns for the T-shirt and bib while The Sardine Club is the name of the guys in the boat on the cushion.
This pattern is an additon to the New Block of the Month by Bronwyn Hayes called Animal Crackers, all of the animals appear in this BOM.
Yes we have these patterns in store now............ 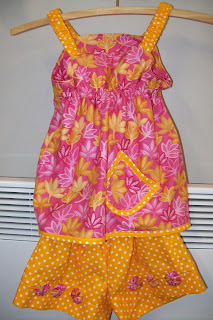 This other sample is called Bloom from the Make it Perfect range, quick and simple.

We have also just received Dont Look Now (Kellies) new pattern which is called With Love From Me its just beautiful..................cannot wait until she has her class at the shop.

Cheers Mary
Posted by The Drapers of Mt Macedon at 10:25 AM